Intersectional praxis from within and without 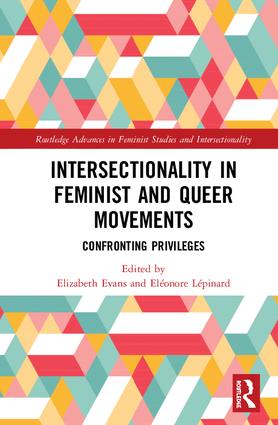 Résumé: “Social movements, and in particular feminist movements, have been marked by conflicting identities that have relegated to the margins minoritized activists. Recent work on LGBTQ movements across Europe and North America have further shed light on the ways in which processes of marginalization, such as sexism, cisgenderism, and racism, have shaped these movements, thereby pointing to the whiteness of LGBTQ social movement organizing. Quebec’s LGBTQ movement offers an interesting case study wherein whiteness and racialization have remained overlooked by academics. Building on the concept of intersectional praxis, this chapter aims to further understand how activists and organizations respond to whiteness within Quebec’s LGBTQ movement. In-depth interviews conducted with 27 LGBTQ activists reveal that intersectional praxis unfolds in two ways. On the one hand, intersectional praxis from within, wherein existing organizations build on intersectionality to include racialized activists, actually works at maintaining whiteness by reducing racialized activists to their race and reproducing tokenism. On the other hand, intersectional praxis at the margins, which consists of organizing around separate identities and outside existing organizations, works at challenging whiteness by creating safer spaces that facilitate social movement participation and render visible non-white LGBTQ identities within and outside the movement.”